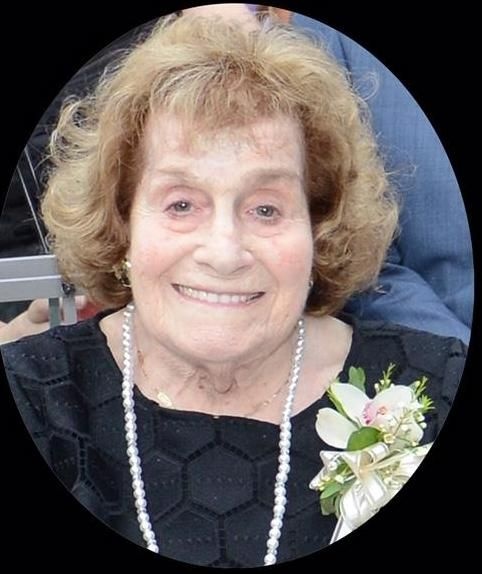 Adele was born in Butler, PA to Carl and Nettie (Caplan) Moritz on June 9, 1932.  She attended Taylor Allderdice High school, and graduated with a B.A in Business  Education from the University of Pittsburgh.  She married Dr. A Hershel Sternberg in 1953, an Optometrist from Connellsville, and the couple lived in Mount Pleasant where they had three daughters.   She was very involved as a hospital volunteer at Frick Hospital and at Tree of Life synagogue in Mount Pleasant where she was the superintendent of the religious school.  After being widowed in 1972 at age 40, Adele returned to the University of Pittsburgh and obtained a Master's in distributive education and did PhD work in vocational rehabilitation.  She also spent many years as a substitute teacher in the Mount Pleasant School System. She later became the director of the ACT 101 program at Westmoreland Community College where she chaired many activities and served on numerous boards.    In 1981 she accepted a position as the Director of Education and Institutional Development at the Hiram G. Andrews Rehabilitation Center in Johnstown, an educational facility of the Pennsylvania Department of Labor and Industry.  There, she researched and designed curriculum and wrote grants to fund vocational programs for post-secondary students with physical and mental disabilities.

The daughter of Russian immigrants, she was instilled with a deep appreciation for education, was an avid reader and a current events "junkie".   Adele never met a stranger and told all she met to call her any time -- except when Jeopardy! was on. Adele enjoyed writing witty poetry for friends and was usually on call for difficult crossword puzzles. Always up for an adventure, Adele was a traveler, enjoyed the company of many friends, and as of late could often be found around a bingo table or feeding coins into a slot machine, and often winning.  She never missed a family event and her greatest joy was sharing her family's "mitzvahs".

She was preceded in death by her parents and her husband Dr. A. Hershel Sternberg.  Adele is survived by her brother, Silbert Moritz of Pittsburgh, three daughters, Marcy Reichgott (Sam) of Allentown, PA; Ellie Sternberg Lastinger (Allen) of Huntsville, AL; and Judy Herman (Howard) of New Providence, NJ; four grandchildren: Dalea Reichgott, Noah Herman, Sadie Reichgott and Sydney Herman, and many nieces, nephews, cousins and friends who were like family to her.

The family will receive friends on Wednesday November 28 from 4 - 7 pm at Saloom-Rega Funeral Service, 730 West Main Street Mt. Pleasant where services will be held at 10AM Thursday November 29.  In lieu of flowers donations may be made to Jewish Family Services of Lehigh Valley or the Sally and Howard Levin Clubhouse in Pittsburgh. Please visit Adele's online memorial at www.saloom-rega.com to sign the condolence guestbook.  Richard Rega, funeral director
To order memorial trees or send flowers to the family in memory of Adele Sternberg, please visit our flower store.