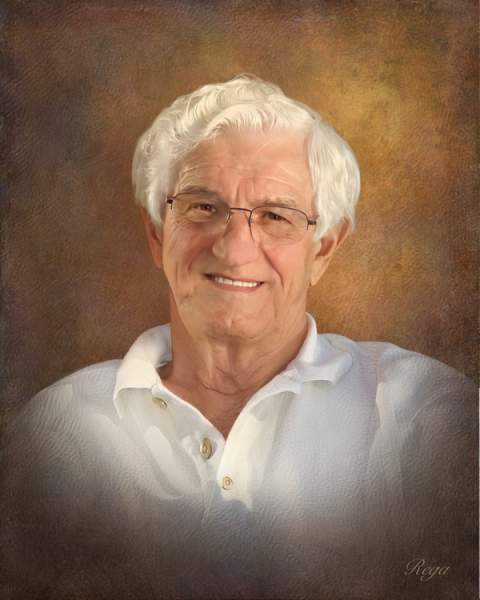 Francis Michael Idzik, 95, originally from Mt. Pleasant, entered his heavenly home on September 28, 2022 in Sarasota, Florida. Frank was born in Mt. Pleasant, Pennsylvania on July 28, 1927 to John Idzik and Antonina Samilczak. He was the youngest of nine brothers and sisters. At the age of 18, he began working at the Great Atlantic and Pacific Tea Company, or A&P, where he worked for over 30 years until the store’s closure in 1980. He then became Deputy Recorder of Deeds for Westmoreland County, while obtaining a certificate in accounting from Cornell University. Frank was active throughout his life in local and state politics and governance, serving as an auditor in Mt. Pleasant, and as a member of the PA Democratic State Committee.  In 1950, Frank married the love of his life, Nellie Cichocki. They remained happily married until her death in 2007.  They had two children, Francis Idzik II, of Greensburg, Pennsylvania, and John Idzik, of Wauconda, Illinois.  In 2001 Frank and Nellie moved to Siesta Isle, Florida, where they lived for the remainder of their lives, enjoying regular walks and visits with friends. Frank was an avid crossword puzzle enthusiast and follower of the stock market. He enjoyed cooking and was known as the church walker, as he walked round trip to St. Michael the Archangel Catholic Church on a daily basis.  Frank is survived by his children, Frank (Dian) and John (Jeanine), and by his grandchildren, Sarah Idzik (Dan) and Frank Idzik III. They will never forget his smile, his big laugh and his love for them.  A Visitation will be held from 10 to 11 am Monday, November 14, 2022 at Visitation Roman Catholic Church 740 W. Walnut Street Mt. Pleasant, PA 15666 followed by a funeral mass at 11am. Interment will follow in Transfiguration Cemetery in Mt. Pleasant. In lieu of flowers Memorial mass donations in memory of Frank may be made to the Visitation Roman Catholic Church by mail or by accessing mpcatholicchurches.org or https://de.kolbeshrine.org/donations/st-anthony-holy-mass-league. Arrangements are under direction of SALOOM-REGA FUNERAL SERVICE 730 W. Main Street Mt Pleasant. Please visit Frank’s online memorial at http://www.saloom-rega.com to sign the condolence guestbook. Richard Rega, funeral director.

To order memorial trees or send flowers to the family in memory of Frank M. Idzik, please visit our flower store.

Mass of Christian Burial 11:00AM