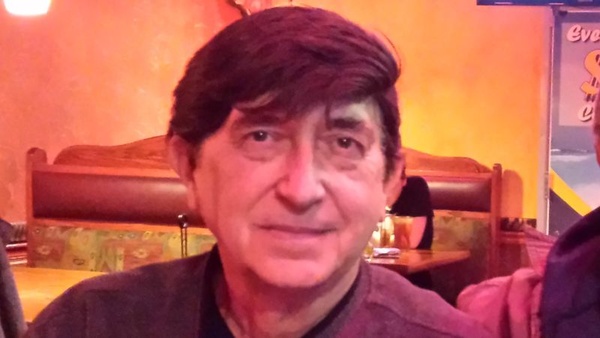 Ron "Arbie " Butler, 67, of Ruffsdale, born July 2, 1950, has been called home by God and relieved of his duties on earth on November 24, 2017. He is now pain free. Ron was proceeded in death by his father Elbert Butler June 1975, his mother Gerri Diana, December 2014, and his step­ father Guy Diana, March 2015. Known by his nickname" Arbie ", he was an accomplished artist in many areas, painted and pinned striped cars, painted murals for people, T-shirts, megaphones for several school districts, he hardly ever turned down an opportunity to show his God given talent as an artist. He always gave God all the Glory in all his work. Arbie loved the outdoors, his passion was going camping, he hunted and loved to fish. He was owner of Airbrush East, where his talent in art was shared with many people. He attended Word of Life Church, where he also painted many projects for the church. He will be sadly missed by all those who enjoyed his talents. He was a guitarist and played in several groups in the area. Those that knew him, he was bold in his love for God and shared his love for Jesus Christ.
Arbie was never afraid to speak his mind. He is survived by his loving daughter Kelly Sue Butler Ferris and husband Sean, of Dawson,a brother Pastor Greg Butler , his wife Kathy, of Tarrs, a niece Samantha Garsteck, her husband Rich and his great niece Allison ( Snuffy) Garsteck, of Mount Pleasant and his grand-dogs, Rupert and Bubba. Also many Christian Brothers and Sisters that Arbie lead to Jesus Christ. He definitely was a Warrior For Christ.The family would like to thank all those who helped and supported them through Arbie's illness, we could not have done it without you. You are truly God's blessing to us. Remember Arbie's favorite quote was" Gods in Charge".
Family and Friends are invited from 2 to 8PM Monday to SALOOM-REGA FUNERAL SERVICE 730 W. Main Street Mount Pleasant, where Arbie's service will be held immediately following the visitation. A memorial service to celebrate the life of Arbie will be held at 5PM Sunday December 3, 2017 at the Mt. Lebanon United Methodist Church, Tarrs.
Please visit Arbie's online memorial at www.saloom-reg.com to sign the condolence guestbook. Richard Rega, funeral director
To order memorial trees or send flowers to the family in memory of Ron "Arbie" Butler, please visit our flower store.